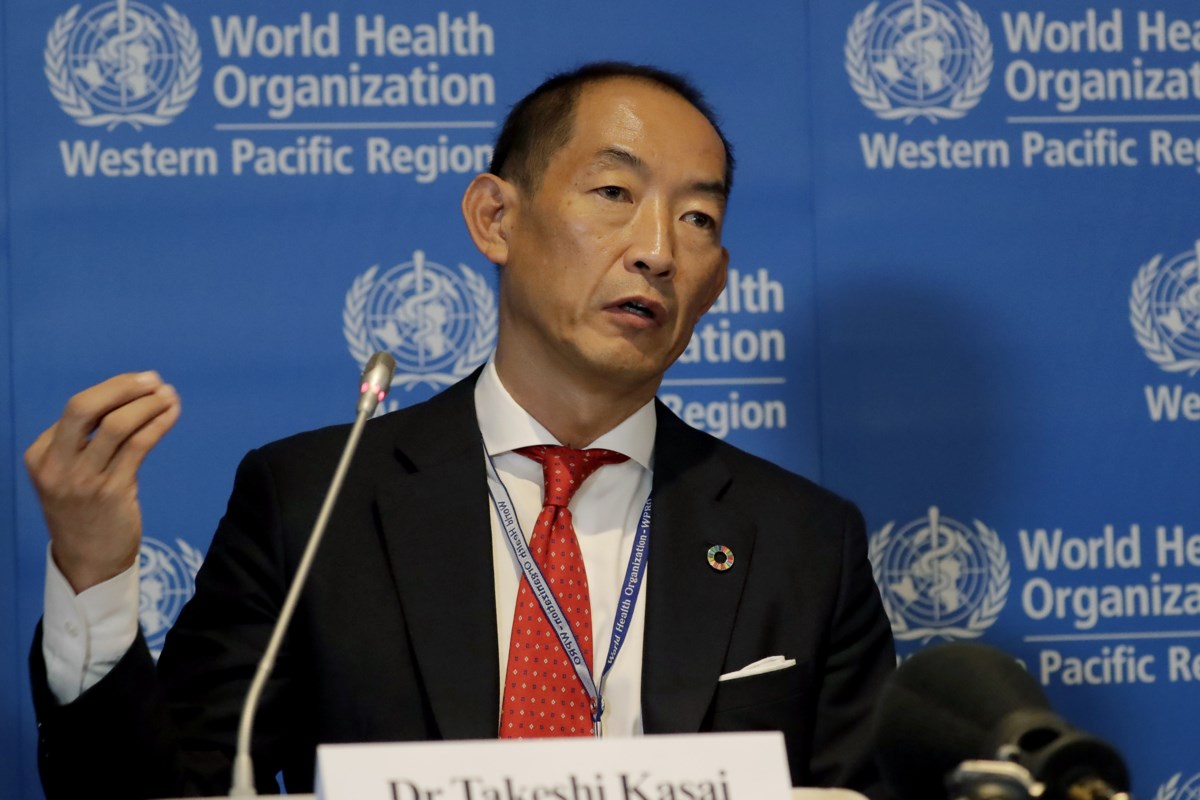 WHO director in Asia accused of racism and abuse furloughed

LONDON (AP) — The World Health Organization’s senior director for the Western Pacific, Dr. Takeshi Kasai, has been removed from his post indefinitely, according to internal correspondence obtained by The Associated Press.

LONDON (AP) — The World Health Organization’s senior director for the Western Pacific, Dr. Takeshi Kasai, has been removed from his post indefinitely, according to internal correspondence obtained by The Associated Press.

Kasai’s dismissal comes months after an AP investigation found dozens of staffers had accused him of racist, abusive and unethical behavior that undermined the agency’s efforts. United Nations to stop the coronavirus pandemic in Asia.

WHO Director-General Tedros Adhanom Ghebreyesus told Western Pacific staff in an email on Friday that Kasai was “on leave” without giving further details. Tedros said Deputy Director-General Dr Zsuzsanna Jakab would arrive in WHO regional headquarters Manila on Tuesday to “ensure business continuity”. Two senior WHO officials who asked not to be identified because they were not authorized to speak to the press, said Kasai had been placed on extended administrative leave after internal investigators substantiated some of the misconduct complaints.

In a statement, the WHO said it was not known how long Kasai would be out. The UN health agency said the investigation into him was continuing and it was the first time a regional director had been relieved of his duties. Kasai did not respond to requests for comment, but has previously denied using racist language or acting unprofessionally.

In January, the AP reported that more than 30 unidentified staff sent a confidential complaint to WHO senior management and members of the organization’s Executive Board, alleging that Kasai had created a “toxic atmosphere” in WHO offices across the Western Pacific. Documents and recordings showed that Kasai made racist remarks to his staff and blamed the rise of COVID-19 in some Pacific countries on their “lack of capacity due to their culture, race and socio-level.” -lower economics”. Several WHO staff working under Kasai said he inappropriately shared sensitive information about the coronavirus vaccine to help his home country Japan score political points with his donations.

A few days after the AP report, WHO chief Tedros announced that an internal investigation in Kasai had begun. Several months later, however, WHO staff members alleged that Kasai was manipulating the investigation. In a letter sent to the UN agency’s main governing body in April, the Board of Trustees, staff members wrote that Kasai had ordered senior managers to destroy any incriminating documents and asked IT staff “to monitor the emails of all staff members”.

Kasai is a Japanese doctor who began his career in his country’s public health system before joining the WHO, where he worked for more than 15 years.

The removal of a regional director at the WHO, even temporarily, is “unprecedented”, according to Lawrence Gostin, director of the WHO Collaborating Center on Public Health Law and Human Rights at the WHO. Georgetown University. “There have been a lot of bad regional directors at WHO, but I’ve never heard of such action,” Gostin said.

Any withdrawal of Japan’s support for Kasai could precipitate his dismissal. A Japanese government official who spoke on condition of anonymity said he hoped the WHO conducted a fair investigation.

Kasai’s dismissal stands in stark contrast to the WHO’s past reluctance to discipline perpetrators of unethical and sometimes illegal behavior, including sexual abuse uncovered during Congo’s 2018-2020 Ebola outbreak. . Over 80 outbreak responders under WHO leadership, vulnerable women victims of sexual abuse; a PA survey found that WHO senior management had been made aware of multiple allegations of exploitation in 2019 but had refused to act and even promoted one of the officials involved. No senior WHO official linked to the abuses has been fired.

“WHO’s reputation has been shattered by these allegations,” Gostin said, calling Congo’s lack of accountability “truly outrageous.” He welcomed the disciplinary action taken against Kasai and called on the WHO to publish its investigation in some form.

Gostin and other public health scholars have said that if the WHO Executive Board determines that Kasai violated his contract by engaging in the alleged racist and abusive behavior, his contract could be terminated.

The WHO’s own staff association urged Tedros to take action against Kasai at a meeting in June, saying failure to do so “would be a tragic mistake”, according to a memo from the private briefing.

“If prompt action is not taken… the results can be seen as questionable at best, frozen and far-fetched at worst,” the staffers warned. “If (Kasai’s) wrongdoing is proven, the assumption will be that many other elements have been brushed aside to save face.”

Before Kasai was furloughed, the WHO’s Western Pacific office had scheduled a town hall meeting this week to address “workplace culture”, including concerns about racism and abusive behavior. In an email to staff on Saturday, Kasai office manager Dr. Angela Pratt said the meeting had been postponed.

Mari Yamaguchi in Tokyo contributed to this report.