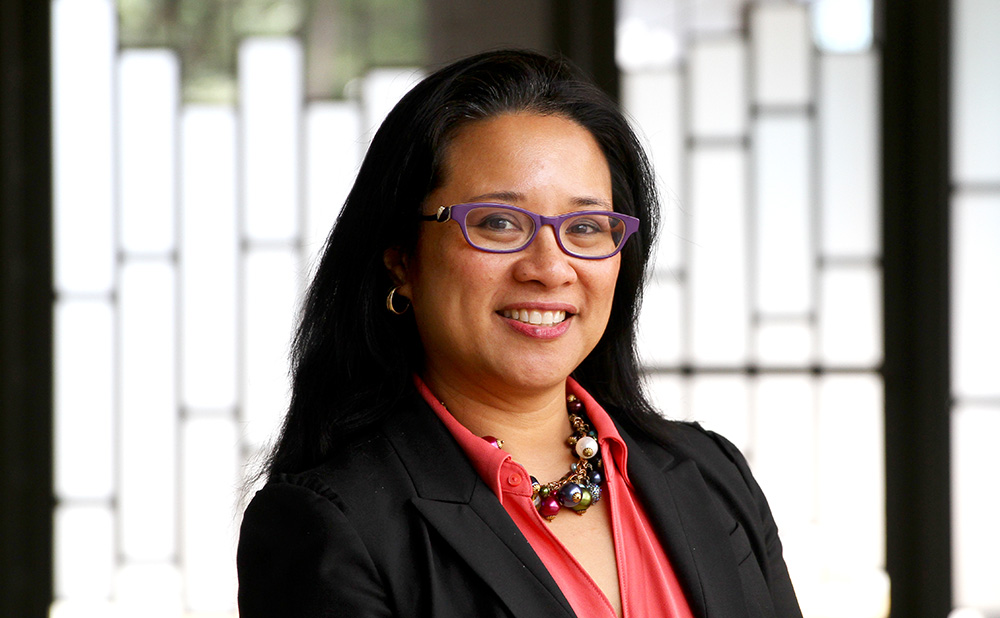 The first full-time director hired in 2012 to lead Project Safety Net, a 30-member collaboration dedicated to youth suicide prevention, was a long-time social worker. The next one, hired two years later, had worked for six years in a non-profit organization that supports incarcerated and at-risk youth.

The third, hired in January, describes herself as a health educator at heart – one who has spent her entire career in nonprofits and other organizations working to improve community health.

Mary Gloner has been vacant since October 2014. Project Safety Net has struggled to recruit and retain a director, which until now has been an hourly position that offered no benefits or job security but demanded a high standard. leadership to bring together a myriad of organizations, from the school district and city to nonprofits serving youth and mental health professionals.

Between principals, two city staff mainly led the collaborative, in addition to their work, with support from the school district.

Gloner is joining Project Safety Net during a transition period. The collaboration, which formed in response to a spate of teenage suicide deaths in 2009 and 2010, is being restructured.

One of Gloner’s responsibilities is to help the organization move to a new, more focused structure agreed upon by the collaborative. Called a â€œcollective impactâ€ model, the new structure relies on a â€œbackboneâ€ agency (which has not yet been determined or identified) with dedicated staff to guide the vision and strategy of the initiative and coordinate the many different industries that Project Safety Net represents.

The philosophy behind a Collective Impact Model is that all involved agree on a common agenda, with defined parameters and ways to measure progress, to move the group towards its goal of supporting mental health and development. well-being of young people. The key to moving the new model forward was hiring a leader.

The collaboration also discussed finding a physical location to host the Project Safety Net and its work.

Gloner told The Weekly in an interview that she has always been drawn to rebuilding organizations.

â€œSometimes it’s tough because there’s a lot of passion and direction, but I also think it’s a place where there are opportunities,â€ she said.

The new job is also a homecoming for Gloner, who was raised by an immigrant family and a single mother in East Palo Alto and Palo Alto. She went to school in the Ravenswood City School District, then to Palo Alto Unified, graduating from Palo Alto High School.

She was the first in her family, who immigrated to the United States from the Philippines, to attend university.

â€œWorking with vulnerable populations has always been my mantra over the past 20 years because I come from this community and always wanted to give back,â€ she said.

Gloner fell into the field of public health while attending the University of Santa Clara, where she first majored in electrical engineering. But what excited her was health and community involvement, so she began volunteering at the American Cancer Society as a resource information guidance counselor. (Her aunt had recently died of a brain tumor, and Gloner was also helping support another aunt who had been diagnosed with breast cancer.) She answered a series of questions, ranging from where to go to local cancer support groups on how to buy wigs, and reflects on the experience as the first sign of a future career working at the intersections of community, health and education.

Gloner then held several other positions at the Cancer Prevention Institute of California, from Regional Resource Coordinator to Senior Cancer Information Specialist. She also helped launch a minority education program funded by the National Cancer Institute, which aimed to increase ethnic diversity in cancer research by encouraging minority students to attend local master’s programs. in health to pursue a doctorate.

In the late 1990s, Gloner was encouraged by a mentor to pursue a master’s degree in public health, which she did at San Jose State University, with an emphasis on education in public health. community Health. After graduating, she joined the staff of the nonprofit Asian Americans for Community Involvement (AACI) in San Jose, which was itself in the midst of transition, expansion and development of new initiatives.

She said she had come to head a growing department promoting health promotion, education and women’s health, HIV / AIDS and services for the elderly. She helped start a peer education program that trained Vietnamese women, a population that at the time suffered from high rates of cervical cancer, in the prevention and treatment of the disease.

Several years later, Gloner returned to school to earn an MBA from the University of California, Berkeley, Haas School of Business. She wanted to “get the knowledge, the tools and the vernacular in the corporate sector and bring them to the non-profit world,” she said.

That’s exactly what she did in the leadership roles she took on at the Community Health Partnership, a consortium of nonprofit primary health care networks in Santa Clara and southern San Mateo counties. ; then Sacred Heart Community Service, a nonprofit organization in San JosÃ© that supports working poor families; and most recently, as COO of RotaCare Bay Area, a San Jose nonprofit that operates free health clinics throughout the Bay Area. Gloner oversaw six clinical sites, from Half Moon Bay to Monterey.

Although she rose through the ranks to leadership positions in these organizations, she remained close to the community in other ways. She teaches health classes as an adjunct faculty member at San Jose State – her “connection to the pipeline,” she said. She is a volunteer mentor with the Bright Future Foundation, providing coaching, role modeling and mentoring to vulnerable, underachieving and low-income youth in San Jose. She was also chair of the Santa Clara County Human Rights Commission for two terms, from 2010 to 2012, as well as vice chair and chair of the social issues committee.

During the interview process for Project Safety Net, Gloner said, he was asked to make a presentation to a panel of executive committee members on four core responsibilities they had identified for the job. These launched a board of directors, developed a framework based on the Collective Impact Model, raised youth engagement and made a proposal by the end of this year on what Project Safety Net should look like in the future, in terms of “being your own tax agency or being nested in another,” Gloner said.

She is saving her ideas on these topics for a public announcement at next week’s Project Safety Net meeting, but said her priorities are to help the group achieve more strategic direction and collaboration.

“It’s about wanting to improve and strengthen the systems of the whole community. It’s about long-term systems changes,” she said. â€œIt’s not just about looking at the individual or group level, which is like family or peers, or just neighborhood or communityâ€¦ and (it’s) not just looking at policies. is all that. “

Having young people at the table is also key, she said, and a major commitment on her part. Project Safety Net – whose meetings are attended almost entirely by adults rather than young people – strives to integrate student voices into its work through events, activities, and other efforts. At the collaborative’s first meeting in 2016, staff members announced that part of the agendas for that day and in the future would be reserved for â€œyoung people in actionâ€. (During this meeting, two students from Palo Alto High School spoke about a club they recently started to reduce mental health stigma on campus.)

Danny Howell, a sophomore at Gunn High School who was on a panel of current students and alumni as part of the interview process for Gloner, said he would like to see Project Safety Net further support youth participation. He said he hoped the group could also address what he described as “rambling” efforts to tackle youth mental health.

â€œI would like to see some kind of way for everything to go well and for all groups and projects and the like to work together to achieve their common goals,â€ he said.

“I would like this role to not only talk about what we could do as a community, but actually ensure that plans are executed and followed,” echoed Gunn junior Shannon Yang, who is engaged in several programs of the city.

Gloner said that although she was not a mental health specialist, mental illness and addiction – schizophrenia and alcoholism – were present in her family. Having “firsthand knowledge of what it means to live with someone and this association,” she hopes to support the opening of frank conversations about such issues in Palo Alto.

â€œOnce a health problem that is difficult to talk about becomes easier to tackle, then you have more opportunities to identify solutions,â€ she said.

Gloner plans to present a reflection on her first month on the job at the next Project Safety Net meeting on Wednesday, February 24, from 4 p.m. to 6 p.m. at the Mitchell Park Community Center, Matadero Room, 3700 Middlefield Road, Palo Alto. The meeting is open to the public. To confirm your attendance, go to goo.gl/tGYnOQ or by sending an email [emailÂ protected]

?? The Council supports the new roadmap of the Safety Net project (June 2015)

?? Project Safety Net is preparing for a new direction (June 2015)

Benefits of using e-commerce software in your retail business