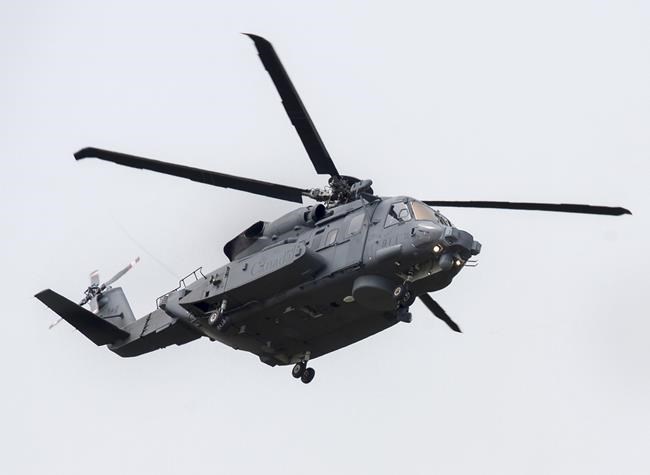 HALIFAX – The extent and cost of the changes needed to address a software glitch that caused a naval helicopter crash off Greece, killing six, won’t be known until next spring.

HALIFAX – The extent and cost of the changes needed to address a software glitch that caused a naval helicopter crash off Greece, killing six, won’t be known until next spring.

A spokesperson for the Defense Ministry said in a recent email that the work is underway, but neither the price to pay to taxpayers nor the repair times will be finalized until a first phase of study. was not completed by Sikorsky, the maker of the Cyclone helicopter.

Two Canadian Armed Forces reviews revealed that the autopilot had taken control of the CH-148 Cyclone helicopter, plunging it into the Ionian Sea as the pilot turned to return to HMCS Fredericton on April 29, 2020.

Some experts in automated systems told The Canadian Press in July that the solution to the software problem was urgent and expressed fears that a similar incident could cause more deaths.

Since then there have been other problems with the helicopters. The military recently discovered cracks in the tails of most helicopters in the fleet, prompting a series of repairs underway to return 19 damaged aircraft to scheduled flight service.

The Flight Safety Investigation Report completed seven months ago called for a solution to the flight control system to prevent further deviations from the pilot’s controls.

Andrew McKelvey, spokesperson for the Department of Defense, wrote in an email to The Canadian Press that “the work will be completed in two phases.”

â€œThe first phase is determining the scope of the changes needed to respond to the recommendations made in the report. This first phase is expected to be completed in spring 2022,â€ he wrote.

He said the timing of the second phase will depend on the scope of the changes determined in the first phase.

In July, three experts in the interaction between automation and pilots told The Canadian Press that the department needs to move quickly to a solution that goes beyond modifying the Royal Canadian Air Force’s training regimes and limitation of certain maneuvers.

Mary (Missy) Cummings, a former US Navy pilot and director of the Humans and Autonomy Lab at Duke University, said the pilot’s inability to regain control from automated software was ” a very serious problem, “which had to” be resolved immediately. “

According to the findings of the Flight Safety Report, the autopilot was left on while the pilot executed a sharp turn and, as a result, the software created commands, preventing the pilot from regaining manual control at the end of the flight. its turn. The first of two military reports – the Board of Inquiry report – called this accumulation of automated software calculations “attitude control bias.”

Sikorsky spokesman John Dorrian said in an email Friday that the company was working with the Air Force to “assess improvements to the CH-148 flight control system.”

“This work includes design reviews, the addition of improvements to the flight control software, extensive simulation testing in a laboratory environment, and rigorous ongoing evaluations by Cyclone pilots. This … process can lead to success. to further comments, suggestions and modifications before the final way forward is approved, â€he wrote.

“However, if this scope of changes is considered broad, it could call into question the aircraft certification process when the bias accumulation behavior was known to Sikorsky and apparently considered not to pose a safety risk. “, he wrote.

Michael Byers, professor and Canada Research Chair in Global Politics at the University of British Columbia, said in an email Friday that he remains concerned that “the Canadian Armed Forces are putting the lives of aircrews on the line. danger by sending them in helicopters that have experienced security problems. “

“Asking crews not to do certain things, what they mean by ‘restrictions’ and ‘limitations’, is downright unacceptable as it increases the chances of a combination of human and material failures,” he wrote. .

“The Cyclones should be grounded until Sikorsky comes up with a definitive solution to the software problem.”

This report by The Canadian Press was first published on December 11, 2021.