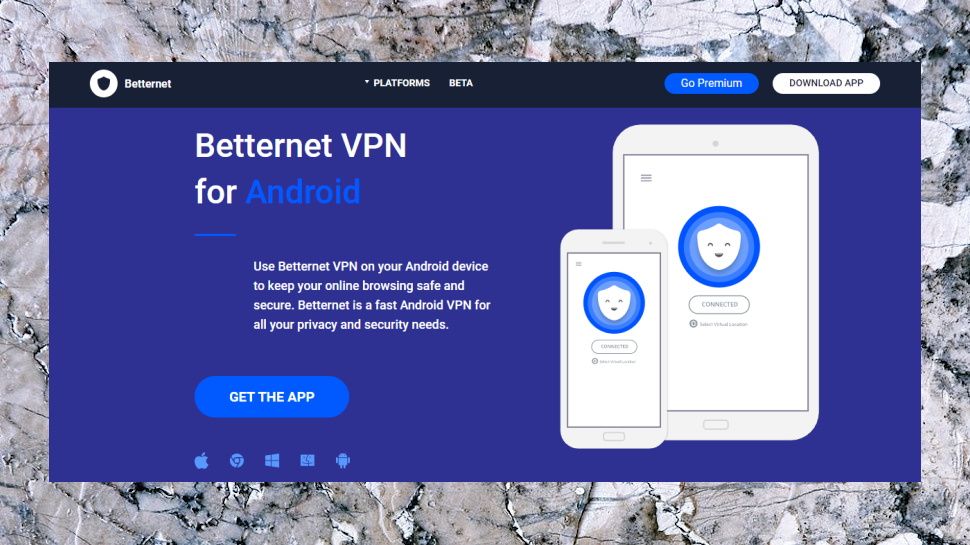 Edit: A spokesperson for Aura, the parent company of Betternet, contacted the publisher after this story was published saying, “Contrary to recent media reports, there are currently no, and there are no There has never been an employee named Hamid Rezazadeh at BetterNet or The Pango Group.”

On September 16, Pango Group also released an official statement denying Rezazadeh’s involvement with the company. “Hamid Rezazadeh does not work for Betternet. The company he founded was acquired in 2016 and he has had no affiliation with the company or its technology since. He has never been employed by Pango Group. “

You probably already know that with one of the best VPN services, you can secure your anonymity online, while bypassing internet restrictions.

What you might not expect is that the government of a country like Iran, where a draconian new internet law will further curtail online freedoms and criminalize circumvention software, is somehow linked to a foreign VPN provider.

That’s why allegations that Hamid Rezazadeh – son of Vice President for Women and Family Affairs Ensieh Khazali – is behind the Vancouver-based VPN Betternet have caused widespread concern both domestically and in the industry. world of VPNs.

The controversial link between Iranian officials and the Canada-based free VPN software came to light when a Swiss-based Iranian journalist Abdullah Abdi (opens in a new tab) posted a lengthy thread where he shared incriminating evidence on his social media pages.

Ensieh Khazali’s response was not long in coming. In a series of tweets (opens in a new tab)she dismissed such claims, explaining that her son is actually in Canada on a temporary trip aimed at “knowledge-based” research.

However, it was not difficult for Iranian social media users to dig deeper into the story by finding Rezazadeh’s profile on the professional website Rocketreach. This clearly describes him as the software manager, managing director and founder of Betternet VPN.

Although the message has now disappeared from the site, the vice president’s brother, Mehdi Khazali, has confirmed the veracity of these accusations.

“He closed his company in Iran and moved to Canada where he created another company active in the field of VPNs,” he told RFE/RL. (opens in a new tab).

With the Iranian government’s strict stance on the use of VPN services and online freedoms, calls for Ensieh Khazali to step down from his official role inevitably follow.

The story has also led to resentment around what Iranians have called aghazadehs. It describes the hypocrisy around government figures who, while strongly criticizing the West at home, still send their children to study and work there.

In addition, Canada and Iran have had a contentious relationship since 2012 and the North American country refuses to grant visas to many Iranian citizens.

Is Betternet VPN safe to use?

It is impossible to determine whether or not there is a malicious intent to harvest sensitive user data behind Betternet’s controversial Iranian ownership. What is undeniable is that its software is not known to be the most secure VPN on the market.

Despite being a popular giveaway – it has been downloaded over 50 million times on Google Play alone – a 2016 research report (opens in a new tab) discovered the presence of malware and embedded tracking libraries in the Betternet Android application.

Betternet LLC Inc. is registered in California. And, the United States and Canada are two of the founders of the intelligence-sharing alliance known as Five Eyes. That’s probably not the best news for those looking to protect their data from government prying eyes.

In terms of ownership, Betternet is part of the Pango Group which was acquired last year by digital security company Aura. The parent company also owns other VPN providers like Ultra VPN and Hotspot Shield. It should be noted that the latter made headlines a few years ago following allegations of misuse of VPN user data.

View Betternet’s Privacy Policy (opens in a new tab) it also became clear that Aura collects tons of user information. These include approximate geographic location and ISP to be shared with third parties, device-specific information, and up to three years of VPN connection timestamps.

He concludes: “Betternet is a fast and very easy to use VPN, but the lack of features, multiple privacy issues and poor unlock results are real issues.”

Does the software (ETR:SOW) use too many debts?