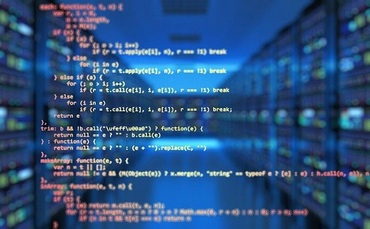 Tech giants including Microsoft, Accenture, GitHub, and Thoughtworks are among the founding members of a new climate-friendly initiative to help drive sustainable software development.

The companies are all members of the Green Software Foundation, which announced a first specification for measuring the carbon footprint of software, called Software Carbon Intensity (SCI).

The Green Software Foundation is an international coalition of nonprofits, academic institutions and private companies. It was formed under the Linux Foundation and focuses on building a trusted ecosystem of people, standards, tools, and best practices for building green software.

“Our goal is reduction, not neutralization,” he said.

Developers can use the new alpha version of the SCI specification to “easily count the carbon intensity of software in their day-to-day work the same way they consider cost, performance, security, accessibility and more. concerns today ”.

The Foundation added: “The SCI is not a total carbon footprint [measure]; it is a rate of carbon emissions for software, per minute or per user device.

The main goal of the new specification is to provide the software industry with a method of rating a software system based on its carbon emissions – enabling them to contribute to a more sustainable future.

Chris Lloyd-Jones, head of open technologies at Avanade, explains that the basic idea behind SCI is “to have a score for reducing your carbon footprint”, rather than measuring the total carbon footprint. This allows developers to look for ways to make their code more energy efficient and take steps to reduce the carbon footprint of the software they develop.

The only way to lower an SCI score, according to the Foundation, is to take one or more of the following three actions:

“Lower SCI scores are better than higher scores,” the Foundation says, but “reaching zero is impossible”.

In the future, the Foundation plans to publish green software engineering standards, models and practices in various technological fields and IT disciplines. This will encourage software development teams to adopt these standards.

Far from the first step

Earlier this year, major players in the European data center and cloud infrastructure industry signed the Climate Neutral Data Center Pact – with a commitment to lead the European industry in its transition to an economy climate neutral.

As part of the pact, 25 companies and 17 trade associations agreed to take action to make their data centers climate neutral by 2030.

In September, the UN-backed “Race to Zero” campaign announced that 40% of the world’s largest IT companies (in terms of revenue) were participating, pledging to achieve net zero carbon emissions from by 2050 at the latest.

Software giants Adobe and Oracle are among the latest tech companies to sign up for the campaign.

Companies also make their own commitments, apart from industry initiatives.

Apple last year pledged to become “carbon neutral” throughout its business, manufacturing supply chain, and product lifecycle by 2030. Microsoft has made a commitment at the same time. , when CEO Satya Nadella announced a billion dollar climate innovation fund to accelerate the development of renewable and carbon-fighting technologies.

Microsoft says it will produce 100% of its energy from renewable sources by 2025, including all electricity consumed by its buildings, campuses and data centers. The company also wants to eliminate “all the carbon” that it has released into the atmosphere since its creation in 1975 by 2050.

The best players in software development

3 best software stocks to buy for the long haul