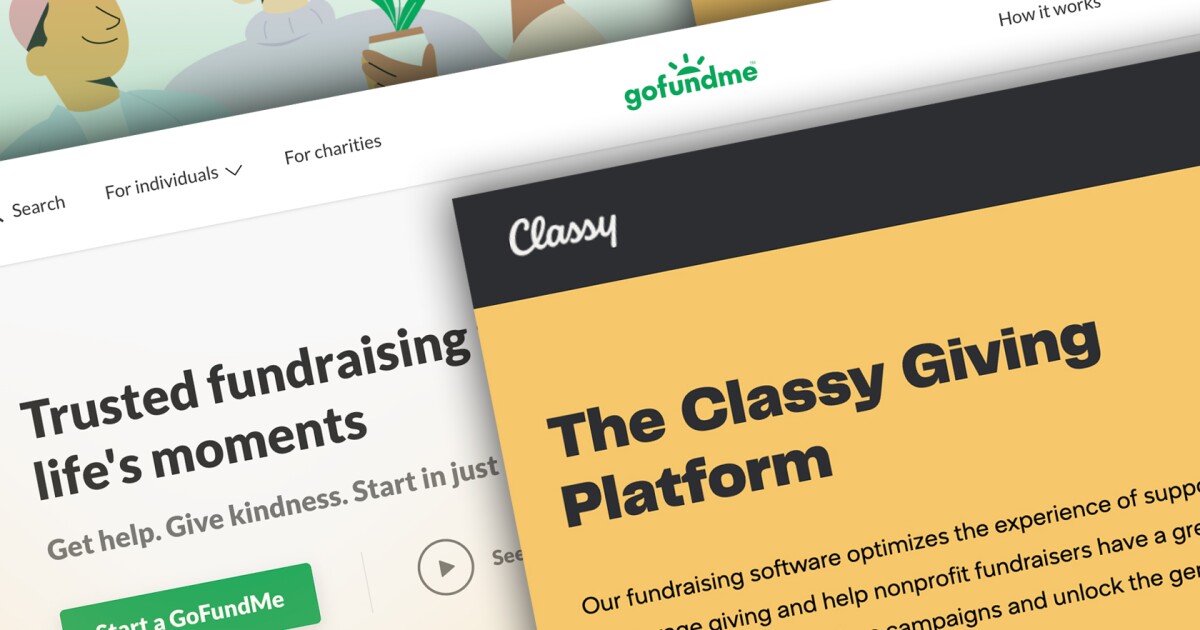 In the short term, little will change for nonprofits that use the companies’ products. But executives at both companies hope the move will help charities reach new supporters and help donors find new causes to support, Classy CEO Christopher Himes said.

Finally, donors who give to an individual crowdfunding campaign may be linked to organizations that address underlying social issues. For example, donors who give to a campaign to help pay someone’s medical bills for leukemia might receive a suggestion to support the Leukemia & Lymphoma Society. Someone who donates to someone whose home was destroyed in a wildfire could then be connected to a nonprofit that works on the underlying causes of climate change.

“We want to leverage GoFundMe as a donor acquisition channel,” Himes said.

Donors have given more than $20 billion to individuals and organizations through the two platforms, the companies said in a joint press release.

Classy will now be a subsidiary of GoFundMe. The two companies will operate as separate entities under the general direction of GoFundMe CEO Tim Cadogan. Himes will remain CEO of Classy.

The news comes amid a consolidation in the nonprofit software world. Earlier this month, a new umbrella organization made up of three nonprofit software platforms — EveryAction, Social Solutions and CyberGrants — announced a deal to acquire fundraising platform Network for Good.