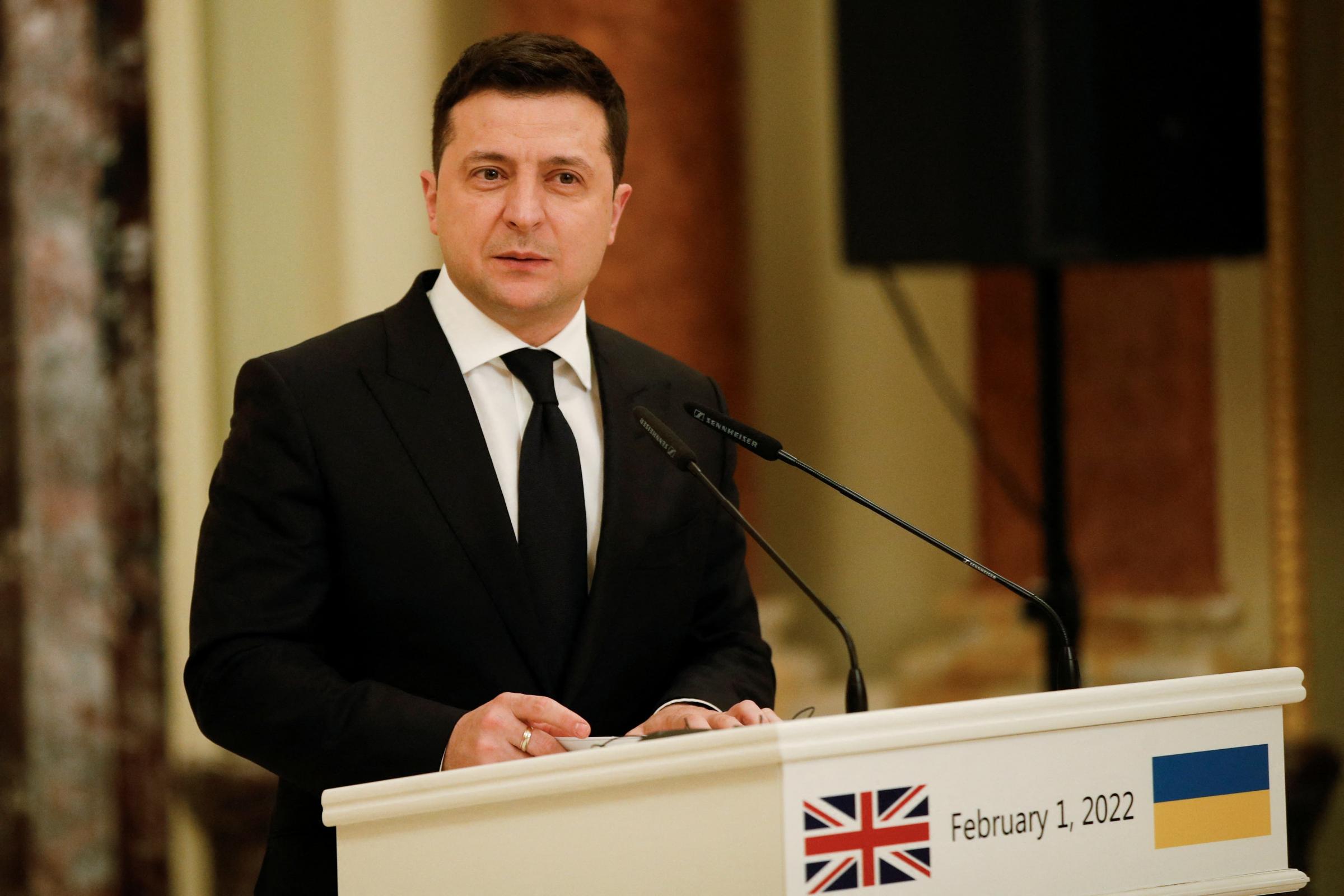 Ukrainian President Volodymyr Zelensky has been hailed as “effortless” with a “resolve” that is “a mirror of the Ukrainian people” by a director who has worked on 10 films with the leader.

Prior to his election as president in 2019, he was best known in the entertainment world as a television satirist and comedian.

His best-known role was in Servant Of The People, a comedy series in which he played a high school teacher propelled to the presidency after a video of a student showing him speaking out against official corruption in Ukraine went viral.

The program started airing in 2015 on Ukrainian channel 1+1 and became hugely popular, racking up three series and a feature film.

After the show was a hit with Ukrainian audiences, Mr Zelensky ran and won a large majority in the 2019 presidential election.

American director David Dodson, who has made a series of films with him, told BBC Breakfast: “He is effortless. He’s someone who always makes you feel like you’re trusted, that you’re about to do your best, and that he believes in you to get there.

“I started editing his films and ended up directing him in three films and he always made me feel like I was Spielberg, he’d come on set and look at you and you felt totally able.

“So it’s no surprise that he got up at that time, at least not to me.”

“My experience in Ukraine, and I’ve been married to a Ukrainian woman for 12 years now who I met on a Zelensky film in Kyiv, that’s what they are.

“So it’s not surprising to see, to see Volodymyr behaving this way, because in my experience, this is the heart of who Ukrainians are.”

Asked if he was aware of Mr Zelensky’s political aspirations, Dodson said: ‘It was never discussed. On the last movie we did together in 2018, he was actively planning his campaign, it was an open secret, but he never talked about it and he really discouraged anyone from talking about it.

“It wasn’t something he wanted anyone to know anything about, so it was very separate – his work life and his home life and then whatever.

“We all knew he was going to declare his candidacy but it was a completely taboo subject on the set and in the offices.”

Mr Zelensky also provided the voice of Paddington Bear in the Ukrainian dub of the 2014 and 2017 films, and won the domestic version of Dancing With The Stars in 2006.