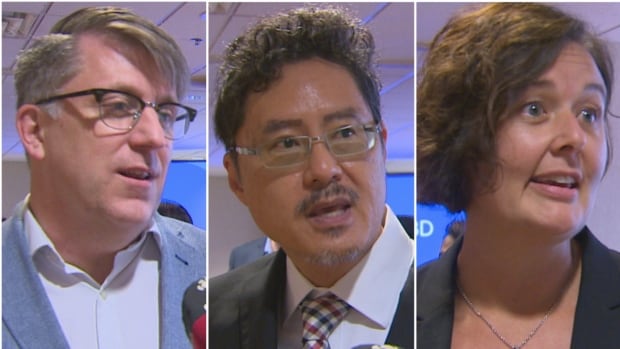 Eastern Health is paying for software it hopes will curb antibiotic resistance in Newfoundland and Labrador while making drug prescribing more accurate and efficient.

Dr. Peter Daley, an infectious disease physician and medical microbiologist at Memorial University, said Newfoundland and Labrador has the highest rate of outpatient antimicrobial drug use in Canada – and although decreased from 2017 to 2021, it’s still not ideal.

“We would like to see it go down considerably further,” he said Wednesday at an event at the Sheraton Hotel announcing the plan. “When we think maybe half of the prescriptions should never be given, then we still have a long way to go to improve.”

Antimicrobial drugs are used to treat a variety of infections, but can cause liver and kidney damage or make patients sicker if the wrong drug is prescribed. Additionally, patients around the world are developing resistance to drugs, such as antibiotics, due to unnecessary use.

“The germs that cause infectious diseases are gradually becoming more resistant to the drugs we use to treat them,” Daley said.

“It is a lack of special understanding or special training. It is, in some cases, laziness or an inability or unwillingness to continuously assess day-to-day antibiotic therapy.” he said.

Daley said patients also ask — or demand — that their doctor prescribe an antibiotic, often because they misunderstand the medication’s purpose.

The software will exist as a desktop application for Eastern Health physicians and will use patient data – including symptoms, current medications and test results – to determine if an antimicrobial drug is appropriate.

“Our system is very manual, it’s very limited. It will allow us to have a much wider impact,” Daley said.

Daley said the software will be implemented slowly, but he expects to see “a significant difference” within a year.

Dr. Kalvin Yu, vice president of medical and scientific affairs at Becton, Dickinson and Company, which provides the software, said the app is a “safety net” that will inform a doctor or pharmacist making the clinical decision if a patient needs a certain antimicrobial drug – or should stop taking one.

“Reducing the workload and the type of investigation clinicians have to do helps patients get the best medicine as soon as possible,” Yu said.

Yu said Eastern Health is the first Canadian jurisdiction to use the technology, but more than 400 hospitals in the United States are already using it. He said the technology has been available for about two decades.

The program will use patient data

He said the data could be used to expand the antimicrobial stewardship program to include other drugs like narcotics.

“The possibilities are endless,” he said.

Health Minister John Haggie was not present at the event. Gillian Sweeney, assistant deputy minister of public health and welfare, did not answer questions from reporters, but in her remarks, “solutions like this are welcome.”

CBC News has requested an interview with Haggie.

“Our cybersecurity department has worked extensively with Eastern Health to ensure the confidentiality of transferred data,” she said.

Eastern Health pays about $170,000 a year but will get the first six months free under a risk-sharing agreement with BD, said Ron Johnson, vice president of innovation and rural health at BD. Eastern Health. He said the software should reduce costs in the long run as it will help prevent drug abuse.

“If we match the right bug with the right bug, we will have an impact, obviously, on the consumption of drugs. … We will reduce the length of stays, we will improve health outcomes, which will make the system more efficient” , did he declare.

Johnson said Eastern Health began looking for a company to supply the software in 2020 to reduce antimicrobial resistance, and BD won the contract in a two-stage request for proposals process.