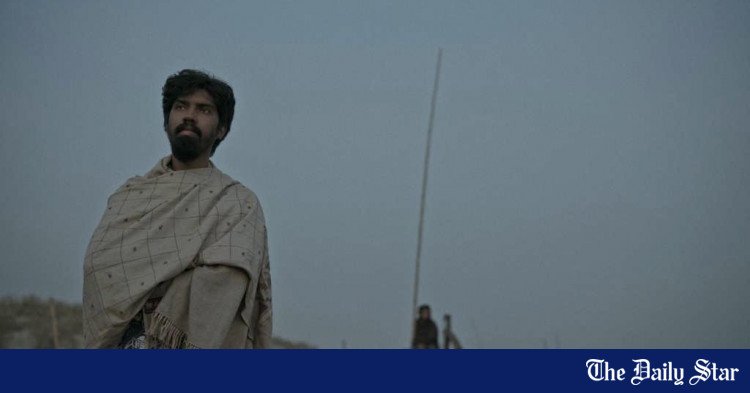 The term ‘Shaaticup’, which means ‘staying hidden’, may sound a bit strange to many, but not to those familiar with the northern dialect. Currently flooding Rajshahi’s billboards, the ‘Shaaticup’ series is set to release on Chorki today.

Based in Silk City, the eight-episode narco thriller projects the themes of drug trafficking and border crimes. In a candid chat with The Daily Star, series creator and director Mohammad Touqir Islam Shaik shares thoughts on his first web series.

For all the latest news, follow the Daily Star’s Google News channel.

Shaik is an alumnus of the Children Film Society and a graduate of the Asian School of Media Studies in Delhi. With his team from their own production company Foot-Print Films, he has made short films that have won national and international accolades.

When the pandemic hit, they looked for a way to utilize the time spent at home. “Action was an unexplored genre for us. ‘Shaaticup’ was launched as an experiment. We started testing shoots without any scripts. We were excited about the edited footage. We worked on our research and development. We have formed the storyline for the series with eight episodes,” he shared.

The realization of the project was exciting. “We didn’t have a funder, so we put our own money into it. However, the project was beyond our scope,” Shaik explained. “We pitched our idea to Sony Corporation, who offered us technical assistance; the Rajshahi Film Society gave us one of their cameras. We intended to use synchronized sound in the project, but we didn’t have not technical hands. So we started training on our own. With small workshops, training and filming happened almost simultaneously.”

At least fifteen members of the core project team worked in multiple capacities. The performers are all Rajshahi moviegoers associated with Shaik. They wrote scripts with bad spelling but good dialect, some actors just had the idea and were shot in their natural form. Second takes weren’t an option, so to avoid losing organic expressions, Shaik set up multiple cameras to capture them from every possible angle.

The recently released rap song from the series “Gujguj Chang” has created a real buzz on the Internet. Rap lyricist Omar Masum is also one of the main players in the project. The lyrics and the use of folk instruments further reinforced the local essence. Kolkata-based composer Nabarun Bose worked as the music composer in the project. “We sang the rap and contacted Nabarun da. We had no prior introduction, yet he agreed to work with us. As a lover of his music, I couldn’t be happier,” Shaik said. . The title song of the series, “Puthipath”, is sung by Rahul Ananda.

The series is based in Rajshahi.

The series is based in Rajshahi.