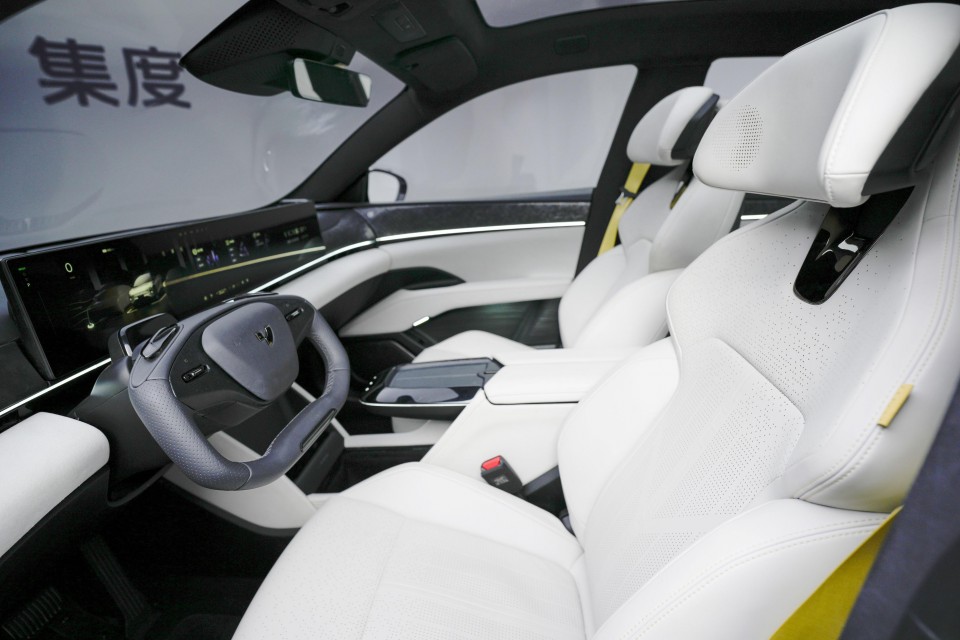 The sport utility vehicle “ROBO-01”, produced by the company, is equipped with autonomous driving technology, in which the vehicle can perform steering to a certain extent on highways and open roads, and a voice-activated system. There is no gear shift lever in the car.

In August, Baidu began offering fully driverless transportation services on open roads in Chongqing and Wuhan, becoming the first and only provider of such a service in China.

Currently, the tech company operates its “Apollo Go robotaxi” business in designated areas in more than 10 Chinese cities, including Beijing, Shanghai, Guangzhou and Shenzhen, with fees collected in seven of them in part of the central government’s policy to develop the technology through wide dissemination. test.

Except for Chongqing and Wuhan, human drivers are present in the car to ensure safety. Baidu said in August that it had become “the world’s largest self-driving transportation service provider”, with Apollo Go performing 287,000 rides in the second quarter of 2022 and racking up 1 million rides by July 20.

The photo taken on the condition that the date and location not be disclosed shows the driver’s seat of Baidu Inc.’s “ROBO-01” unveiled on October 27, 2022. (Kyodo)

Earlier in October, attendees of a press tour at Baidu’s Apollo Park test base in a Beijing suburb took a demonstration ride in a robotaxi on a public road.

The ride with an AI-powered self-driving system had a human staff member next to the driver’s seat in case of an emergency.

Running at a top speed of around 50 kilometers per hour, the ride was smooth with no sudden movements and a monitor in the car displayed real-time data on nearby vehicles, motorcycles and pedestrians collected by sensors and radars in the robotaxi.

Wei Dong, vice president and safety operations director of Baidu Smart Driving Group, told reporters that the company aims to bring a fully unmanned self-driving experience to customers in Beijing later this year or the beginning of next year.

He said the self-driving business is currently not profitable, but the company is “in no rush to break even.” The collection of royalties aims to improve service quality and prepare for future commercialization based on real user experience and real scenarios.

A Baidu official said that in theory, robotaxi fares would be lower than similar services offered by human drivers in the long run, as personnel costs can be reduced.

In March 2021, Japan’s Honda Motor Co. released the world’s first vehicle equipped with “Level 3” autonomous technology that allows the driver to engage in different tasks such as reading and watching TV when the car is in certain conditions such as congestion. traffic on highways.